BetOTG | Bet On The Go!
Home Sport News Football Euro 2016 Odds | Who is favourite to win in France 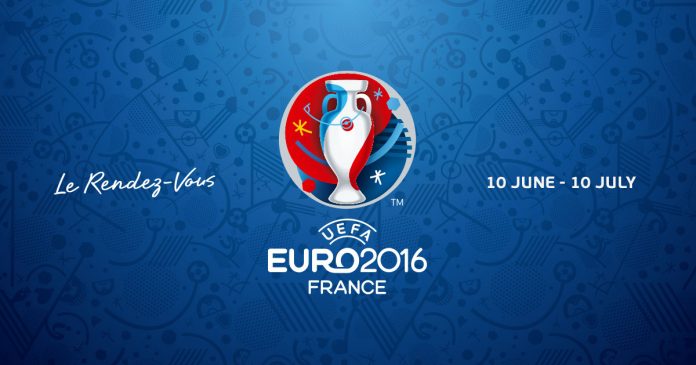 With less than a month away before the Euro’s takes over every mans TV set, we’re going to assess the teams that have the best chance of lifting the trophy as well as giving you the best Euro 2016 odds on the market.

The “Deutscher Fussball-Bund” have to be favourites for the Euro’s after winning the World Cup in 2014, with typical Germany efficiency they destroyed the home nation Brazil thrashing them 7:0 in the semi’s and beat Argentina in the final. This will be Joachim Low’s fifth competition as manager for the German national team.

Germany’s methodology of training young talent with strong technical ability on the ball bears familiar ilk to the Spanish. They now have a group of young players that could dominate the international stage for a decade.

With the German’s as the bookies favourite’s you’re not going to get decent odds for the dough. We suggest placing a “both teams to score” on the final with Germany as champions.

It’s easy to forget that the Spanish are still current reigning Euro champions and the only team to have won back to back titles in Euro 2008, 2012 and World Cup 2010. Spain are a shadow of their former self with the likes of Xavi, Puyol and David Villa not longer part of the national squad. Many have tried to emulate Spain’s playing style of short-passing and pressing high up the field, including Germany but non have mastered the art with such success as Spain.

Most of the main bookmakers will give you 11/2 but both Sporting Bet and Winner Sports will give you 5/1 which given their previous track record over the past 10-years is certainly worth a shout.

The host side could be the dark-horse of the competition, but with the shortest odds (3/1) of any other team punters won’t find much value. Given France’s outright collapse during World Cup 2010 in South Africa the team went pretty much un-noticed in 2014 and reached the quarter-finals without their star midfielder Franck Ribéry. Currently ranked 21st and managed by Didier Deschamps who brought so much success to the French national team during his time as a players who captained France to glory in 1998 World Cup.

With world-class players such as Paul Pogba, Benzema and fresh new talent such as Payet at their disposal, the home-nation could be the one to watch come the closing stages of the competition.

Four-times a World Cup winner Italy have had mixed results since that incredible World Cup winning campaign in 2006. We all remember how they beat England in Euro 2012 and then went onto beat the German’s who were tipped to win the competition at the time, thanks to magic Mario Balotelli’s two goals in the first half. They were finally beaten by the Spanish 4:0 which was main due to playing with only 10-men due to injury. During World Cup 2014 they failed to reach the final 16.

The Italian side at its core has a fantastic line-up with the likes of Thiago Motta, Lorenzo Insigne and Giorgio Chiellini at their disposal. But the recent departure of Conte to Chelsea in April 2016 is going to leave them in limbo just before the start of a major competition. They have the talent, just no one to steer the ship.

Following a decade of failing to qualify for any competition the Belgium’s reached the quarter finals of World Cup 2014. Belgium’s recent crop young talent appears to be making its mark but it could be too soon before they win a competition. With players such as Man City’s captain Vincent Kompany, Chelsea’s midfield star Eden Hazard and big-gun forwards in Christian Benteke, Kevin De Bruyne and Romelu Lukaku, The Belgium national team definitely have the quality in their side, they just need to the turn a group of individual players to a winning team.

Surprisingly the bookie seem to be looking more at current form than previous success, so the Belgium’s are in fact head of Italy with shorter odds of 11/1 with most bookmakers.

Whoever you decide to place a bet on just be sure to place your bet early on (ideally before the end of May 2016) before all the markets start narrowing the odds across all teams as outright winners.