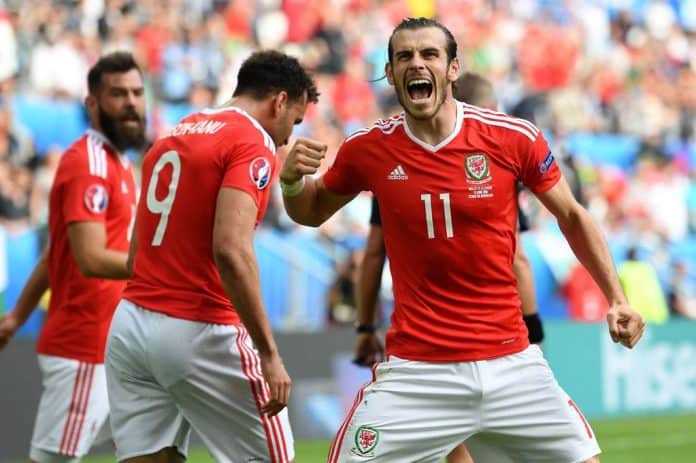 Wales had a sensational start to their Euro 2016 campaign beating a bullish Slovakia 2:1, thanks to a sensational free kick from Gareth Bale and substitute Hal Robson-Kanu’s late scrappy goal. Chris Coleman’s men stamped their mark of intent early in the game with great movement from Jonny Williams and high pressing from both Bale and Aaron Ramsey.

It would have easy for Wales to have settled for the draw, but they tirelessly pushed Slovakia to grab the winner. With three points under their belt Wales need only draw with either Russia or England to qualify out of Group B and given the confidence on the ball they displayed on Saturday, it looks very likely.

England’s fans had to endure yet another frustrating game which saw the Three Lions snatch defeat from the jaws of victory by conceding a goal late into the game. England took the lead with a sublime free kick from Eric Dier which was reminiscent to Bales efforts two hours before.

At times England had great link-up play between Kyle Walker and Adam Lallana but the final ball seemed to let them down.

Wayne Rooney seemed to relish and command his new “Scoles” role, just off the lead striker and delivered some brilliant passes into the box as well as a thundering strike early in the second half which clipped the keeper and hit the crossbar.

In the End Roy’s men were unlucky to lose out to Vasili Berezutski’s equalising header which beat Joe Hart over the line. It was a lesson in concentration for the players with Milner’s decision to come forward and not holding his position to concede the goal.

I’m still not impressed with Roy Hodgson’s decision to replace Rooney with Wilshire, it completely dropped the tempo of the game and put England on the back foot.

England are on the ropes

Confidence will play a key role in Thursday’s game and Wales will have bag full of it now they’re just a point away from qualifying. England will be desperate to get the win so it takes the pressure off for the final game so Roy’s men will have to take the game to Wales. England’s back four are still a major concern and need to tighten up at the back as they gave away a sloppy header and can’t afford to give any free kicks away from outside the box to Gareth Bale.

It will be a real cagey start for England and the worry is they could pay for it with Wales scoring early on. We reckon this could end up a draw putting Wales through and England just needing to get a draw out of the final match. It’ll be a nail biter either way.