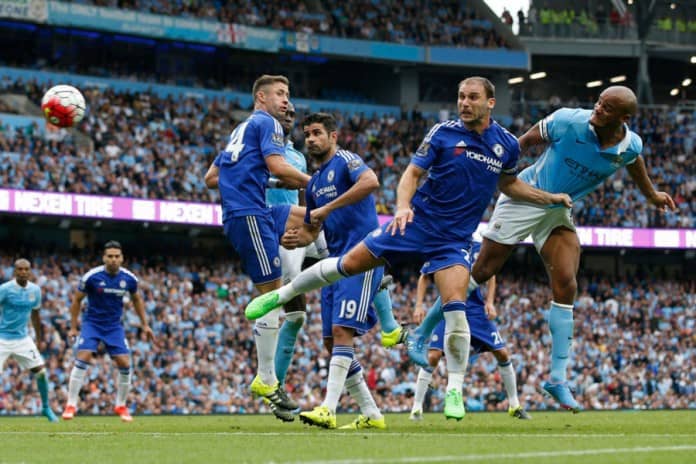 The news that Conte had signed as Chelsea manager for next season did little to boost the current players performance. Such has been the monumental fall from the highs of completely dominating the league last year to the embarrassing run of defeats which ultimately saw the departure of Chelsea and possibly one of Europe’s greatest manager Jose Mourinho.

Caretaker manager Guus Hiddink had looked to steady the ship, but recent rumours of bust-ups between players have put to bed any hope of getting anything out of this season.

Many would say Conte has a massive task ahead of him to try to convince current and any new players to join a team out of Champions League.

But ask any Chelsea fan and they’ll tell you they’d prefer to get rid of the “dead-wood” and bring in players that want to play under Conte.

Man City is another club that have under-performed and winning the League Cup can’t hide their lack of consistency, losing nine games in the league so far this season. If it wasn’t for such a topsy-turvy season with most top sides dropping points to some of the minnows,

Man City wouldn’t be sat in fourth-spot. City’s shocking past couple of months losing four in 10-games puts them just points ahead of their neighbors Man United. But its West Ham whose recent form is really picking up pace that could snatch fourth place from under City and put the future messiah Pep Guardiola in a real difficult situation next season in attracting players when City could be out of midweek games.

Chelsea’s lose to The Swan’s on the weekend showed their vulnerability with the back four as Swansea were allowed to run with the ball and out wide, so another lose at the hands of the manc’s is a real possibility. Add to this the loss of some major midfield and defensive players such as: Hazard, Terry, Willian, Cahill and Matic to name a few its hard to see how Chelsea can even field 11 players.

City are having a shocking time of recent but I believe they’ve met Chelsea at the right time, with the Londoner’s fielding a skeleton squad with two both Cahill and Terry out to manage defense it could be an onslaught for City to further cement Champions League footy for next season, mind you it won’t be the first time Chelsea fans will see their lads hammered this season and it may not be the last.