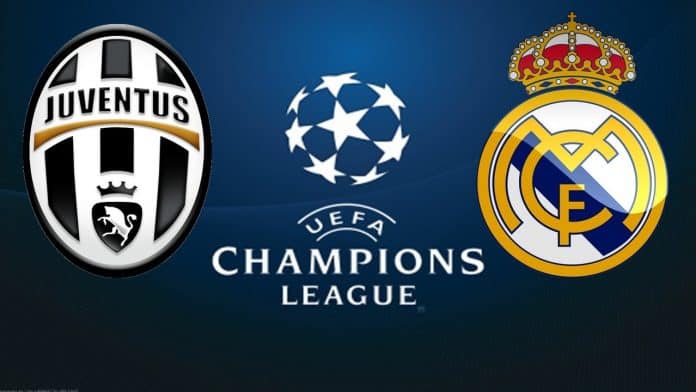 This week’s tips we’ve got the white board out to give you our strategy for the up-coming Champions League Final 2017 between two heavyweights in the European competition. We’ll give you our analysis of both teams performances throughout the knock-out stages and domestic league and give you the best bets to play come the final.

Not since 2012 when Chelsea faced Bayern Munich has the final been “too close to call” between two teams in different leagues. With both clubs clinching league titles in La Liga and Serie A, it’s fitting to see both Juventus and Real Madrid come head-to-head for the the pinnacle in European football. It’s too tough a call to make who will triumph in Cardiff!

Unlike two-years ago when Juventus faced the Spanish might of Barcelona in the final, Juve are a renewed formidable opposition. The Italian sides performance throughout the competition has been nothing short of ruthless. During their Quarter-final encounter with Barcelona they were clinical and concise with a 3:0 win in the first leg and dogged/ resolute holding their own during the second. In the Semi’s Higuain pounced on both opportunities from Dani Alves, the first being a back heel to give Juve a comfortable 2:0 lead. From there they commanded the second leg with goals from Mandžukić and Dani Alves to give the Italians a 4:1 win on aggregate.

It’s fair to say that given the strength and a depth of Juventus’ squad with high-tempo aggressive full-back in Dani Alves and commanding, precise forwards such as Higuain. Juve have un-shackled the stereotype of a defensive, break on-the-counter Italian team who have taken on and beaten Europe’s elite clubs.

Juventus’ league form has been incredible losing only 2 games since the start of the year. With both Paulo Dybala and Mario Mandzukic returning back from injury for the Coppa Italia final, Massimiliano Allegri has a full strength squad at his disposal.

But Real have not got reached 2 out of the last 3 Champions League Finals on merit. Indeed, Zidane’s men are reaching levels of dominance that the Frenchman once celebrated. Real dominated during the first half of the season without losing a single game. The only chink in their amour came from a defeat 3:2 defeat to Barcelona in April. But with six wins on the bounce in the Spanish league, with some dominant performance such as the 4:1 belting at both Seville and Celta Vigo, Madrid are peaking just at the right time.

Real Madrid have faced some stiff competition to reach the final, coming back in the first leg of the quarters against Bayern Munich thanks to two goals from Ronaldo. In the second leg Bayern pulled it back and pushed Real to extra time, but it was there when Ronaldo’s display of determination slotted two goals to put them out of reach and give them a 6:3 win on aggregate.

In the semi-final they faced Atlético Madrid and it was less of a spectacle with Ronaldo giving Zidane’s men taking the early lead, only to bury the game at the end with a hat-trick. Atlético tried to claw it back in the second leg with a goal from Saúl Ñíguez and a well converted penalty from Griezmann. But Isco finish off the leg to end it 2:4 (agg) to Madrid who have now reach their third final in four years, an unbelievable achievement.

Will Bale be fit?

The key question which could affect how the match play-out is whether Gareth Bale will be fit for the final. Bale has missed 27 games so far this season through injury, but the Welshman is confident he can make in impact on the game despite not being fit to to train with the first team yet, following a substitution after the 39th minute at the 3:2 El Clasico defeat to Barca.

I think it would be ill advised for Allegri’s men to sit back on Real Madrid, but Juventus’ back-four are just as important as the front men with Chiellini and Barzagil both having a huge impact at suppressing the pressure from Barca in the quarter-final. Ronaldo and Bale (if he’s fit) will have their work cut-out breaking down one of the strongest defensive lines in Europe. I’m sure Bale will be fit enough to come on at some point in the game to make an impact but by then it could be too late for Zidane’s men.

Given that Juventus on their day have the fire-power and the resolve to hold of the very best in Messi, I’m confident Juve have more momentum than Real going into this game, to lift their first European trophy since 2003.