BetOTG | Bet On The Go!
Home Sport News Football Capital One League Cup Preview – Can Spurs do it again? 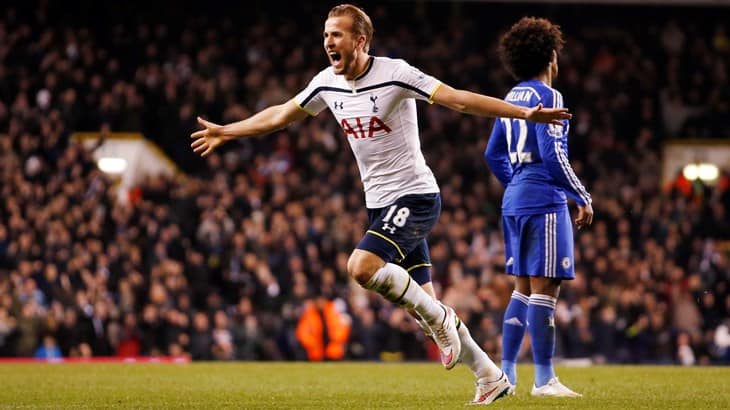 Chelsea will face Tottenham in the League Cup final this Sunday (1st March) at Wembley, and it’s a timing of this final that makes this game so unpredictable.

The last time both teams met Harry Kane inspired Spurs to come from behind beating the Premier League leaders 5-3 at The Bridge. Both Chelsea and Spurs recent form have not been particularly great with Chelsea only drawing with Burnley last weekend and Spurs being beaten by Liverpool, but both Pochettino and Mourinho are all too aware of the impact winning the League Cup can have on a teams form towards the end of the season.

When Chelsea manager Jose Mourinho won his first League Cup win in 2005 against Liverpool his team went on a spell that resulted in a run of trophies. When asked about how important this final was to him compared to winning the League or Champions League, he replied:

“I just think about the moment – only this game. We have a final to win and nothing else matters,”

No doubt the loss of Nemanja Matic due to suspension will be a huge blow to the Blues as the midfielder has been a key player throughout the season alongside Fabregas, they are also without Jon Mikel Obi, who is still recovering from a left knee injury.

Although the stats sway in Chelsea’s favour for at least the last 10 times both teams have met, the recent form of Spurs forward Harry Kane cannot be ignored, having scored 23 goals in all competitions (which is 6 more than Diego Costa!).

On Betfair Marketplace Chelsea are currently odd on at 1.38 to lift the League Cup and 1.7 to do it in 90 minutes.

Chelsea are ahead with out-wright odds of 1/3 and Tottenham at 9/4.

William Hill are also confident that the league leaders will lift the trophy, having Chelsea at 1/3 compare to Spurs who are at 5/2, click on the banner below to sign up and get the latest odds from William Hill.

Whoever ends lifting the trophy it hopes to be a derby cup final to remember!