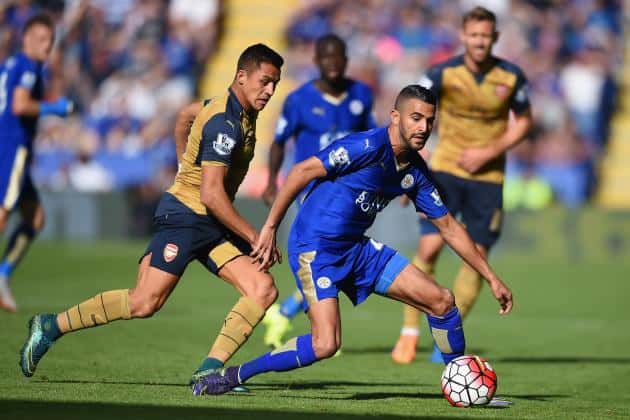 I know I keep saying it almost every week but this weekend’s game for Leicester really is as critical as it gets and will decide the fate of their title chances.

A win at the Emirates would surely cement fourth spot for the Foxes and put one hand on the Premier League Trophy.

But this is also quite a pivotal moment for Arsenal’s title chances this season. A fairly decent run during the winter has put them just behind Spurs and a win here today would be a mark of intent to the rest of the league. The Gunners certainly look a lot more organised in the back, which in part could be down to the experience of goalkeeper Cech, and Arsenal are a joy to watch when moving forward with the likes of Sanchez and Ozil playing some of the best football of the season.

What more can I say about Leicester that hasn’t been written. The Foxes look the complete side at the moment with the players totally committed with one another, it’s no reason they have performed so well. And the control, discipline and reserve Ranieri has instilled in the players makes me feel they really can go on and win this (to the delight of some lucky Leicester punters).

Some major sports pundits such as Michael Owen and Paul Merson are backing the Gunners all the way to beat Leicester into submission at the Emirates Stadium. But to me there’s still a weakness in Wenger’s side that he still hasn’t resolved for a decade, leaders that keep the momentum going forward even during difficult games when you’re a goal behind to scrape out a win. Leicester have this mentality and I believe they will take all 3-points away from The Gunners.

To me the only two sides that are up for winning the league this year will be Leicester and Spurs, as you see the desire and hunger in the player’s eyes and the way they tirelessly work for each other as a team. Either team deserves to win but Leicester more so due to their achievements this year on such a tight budget, they just have to keep the faith!

The Foxes are without Schlupp and James for Sunday’s game.

Arsenal are without Rosicky who has a thigh muscle strain, Cazorla and Wilshere both have knee and calf injuries respectively.

You can get great odds of 10/1 for Manchester Uited, Everton, Norwich and Arsenal all to win with 888Sport, terms and conditions apply.