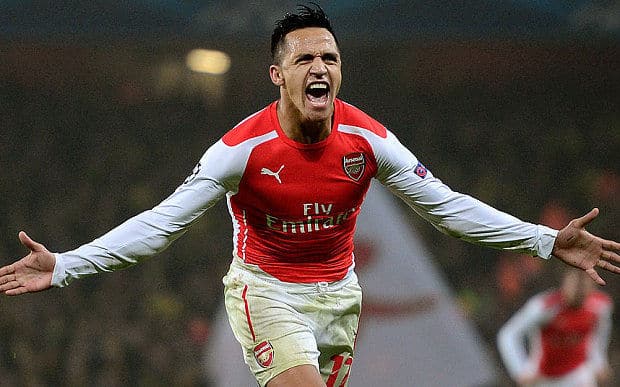 It’s a game most fans have been waiting for since the knock-out stage matches were drawn and Gooner fans in particular will be keen to see how their latest players (who stand a good chance of winning the league) will fair against last years Champions League winners Barcelona.

Last time both sides met was in 2011, where Arsenal just narrowly lost the game due to Van Persie’s dismissal, the result ending in 3-2 to the Catalans.

Gooners may have got carried away with last weekends win over Leicester. Yes you can only beat the side in front of you but Arsenal should have comfortably beaten a 10-man Leicester side. Instead they just scraped a win by the skin of their teeth, hardly a statement of intent and a title winning performance.

Wenger is no stranger to Barcelona’s style of play as he has spent a decade trying to emulate it in the Premier League, with mixed results.

The Gunners clearly have the pace and creativity with key players such as Ozil, Theo Walcott and Aaron Ramsey who have the stamina to press Barca high-up the pitch as well as tracking back on the counter. But it will be interesting to see whether Wenger plays Barcelona at their own game with high-pressing short passes or takes a more conservative approach, sitting very deep and waiting for a chance to quickly counter.

Recent results for Wenger’s side have been less encouraging, drawing three out of the last 6 games and losing out to a Chelsea side which is currently at logger-heads with each other.

There’s on question that Barcelona can’t be beaten and games early on in La Liga against Celta Vigo and FC Sevilla prove this, but their recent run of form is incredibly impressive (win 8, draw 2).

Arsenal are a bit thin on the ground with Wilshere, Cazorla, and Rosicky all out due to injury. There’s doubt that Paulista will be fit enough to play on Tuesdays game but should be back for the replay.