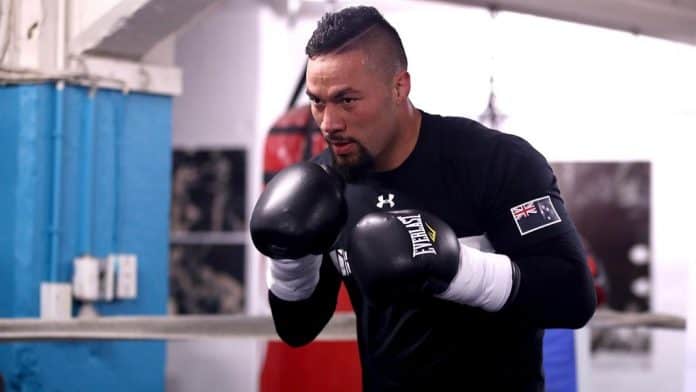 Anthony Joshua’s aim of heavy-weight unification in 2018 hit a major hurdle this week, after Joseph Parker confirmed his camp has received an offer from Eddie Hearn – and it was insultingly low.

Joseph Parker is the current WBO champion and during a press conference last week the team suggested they would accept a 40:60 split in Joshua’s favour for a potential unification fight. But David Higgins who is Parker’s manager believes negotiations have already collapsed even before they have started.

Higgins confirmed he received an email from Joshua’s promoter Eddie Hearn and the offer was so low that he believes it must be be a joke. Higgins says:

“I got this weird email from Eddie, but he must have been hacked. He made the most ridiculously low offer. It could be the most insulting offer in boxing history.”

Given that the fight would unify yet another belt in the heavy-weight category, Higgins believe that a 40 percent was pretty reasonable.

But Higgins has hinted that Joseph Parker isn’t restricted to fighting AJ and has other options.

“They pay us 40 percent and no less or they fight Wilder, who will obviously win and then we’ll fight Wilder on a 50-50 split” once Wilder has all three belts.

Eddie Hearn may have his work cut out for him if Anthony Joshua wants a chance to unify all heavy-weight belts. Duco Events do not appear to be backing down and if AJ’s team aren’t careful they could seriously supper any chances of this fight happening in 2018.