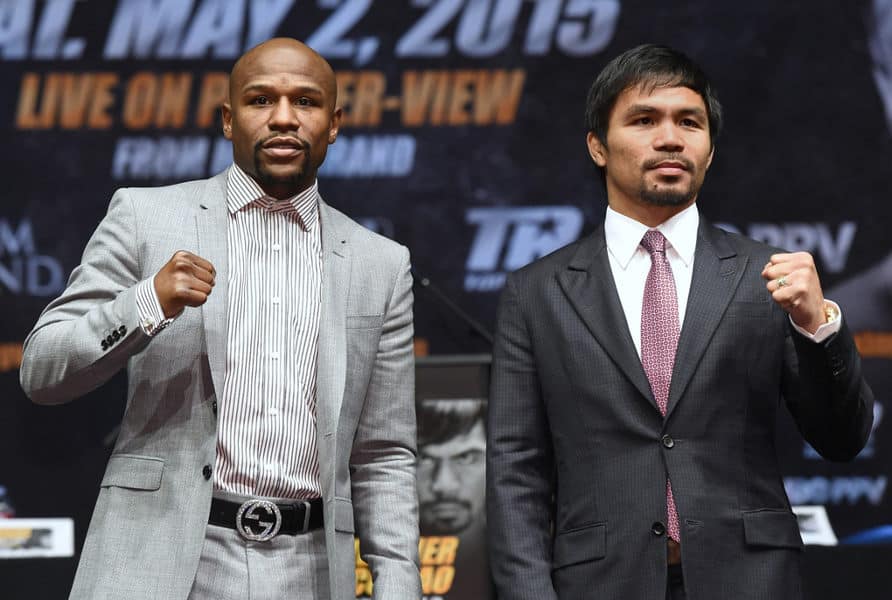 It’s hard to believe the fight dubbed the new “Fight of the Century” between Floyd Mayweather vs Manny Pacquiao on Sunday 3rd May at the MGM Grand is less than two weeks away and astonishingly there are no tickets on sale to the general public and the contracts are STILL unsigned from both parties.

According to Top Rank promoter Bob Arum he is not signing the contract as terms are not what he agreed with Mayweather Promotions when the terms sheet was signed a couple of months ago. In the terms sheet Top Rank and Wayweather promotions would jointly own and promote the event, but it also names Mayweather Promotions the sole negotiator of the deal with MGM. Without the contracts signed no tickets can go on sale leaving MGM with the almost impossible task of selling the ridiculously priced tickets in 10 days, where they would normally have around 2-3months.

Not since Not since Lennox Lewis bowed out in sensational style beating Vitali Klitschko has the world eagerly anticipated such a fight. But the biggest fight in almost a decade wouldn’t be without its controversies, and the boxing world needed this fight to happen as viewings have taken a beating with most of the big name boxers retiring, there’s seems to be less appetite for the sport by the general public than in the hayday of “The Rumble in the Jungle” and “Thriller in Manila”.

Its almost certain that the contract terms will be finally agreed and signed and all the tickets available will be sold in the last minute, and we can get down to what is important which is to see the two best pound for pound boxers in a generation will finally meet in the ring to contest who is greatest, if the promo is anything to go by it should be some spectical.

Its too close to call who’s going to win this fight, but if you fancy hedging your bet and getting it in early Sky Bet have a get Price Boost on Mayweather to win in Rounds 10-12 from 16/1 to 25/1!! Click the banner below:

They also have some cracking odds for the win or draw: