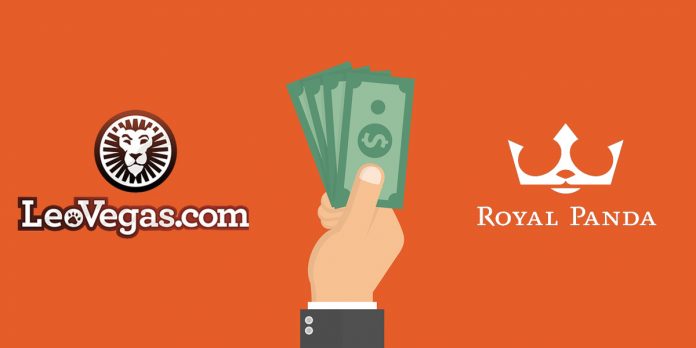 LeoVegas looks set to acquire Royal Panda in a deal that could cost the Swedish gaming firm a massive €120 million. Currently both parties have entered into an agreement in principle.

As part of the contract Web Investments Limited, a Maltese company that owns the Royal Panda brand, would receive €60 million up front. The Maltese firm could potentially receive a further €60 million if the company makes total earnings of €50 million within 12 months following the acquisition.

An incredible coup by LeoVegas

To ensure LeoVegas is in a position to take advantage of future opportunities, LeoVegas Group has obtained a debt financing deal of €100 million. Of this €40 million will be reserved for a revolving credit facility. The deal is expected to be completed by 1st December 2017.

LeoVegas believes that Royal Panda’s brand works well with sports betting customers, following the recent introduction of their sports-book. Royal Panda generates most of it’s earning from the UK market, which accounts for 50% of it’s revenue. Total earning grew by 63% from the previous year to a decent €9.8 million.

Gustaf Hagman, LeoVegas Group CEO was excited by the prospect “With the help of the strong symbolic value in the panda, the company has built a premium brand among gamer’s, and we will complement LeoVegas with Royal Panda.”

What does LeoVegas acquiring Royal Panda mean for punters?

Given the refinancing required to purchase Royal Panda, should reassure punters that LeoVegas is in a strong financial position.

It’s not completely unfeasible that the two firms could merge, but I think given LeoVegas demand for a brand that attracts sports customers, it’s unlikely we will see this happening any time soon.

Now that LeoVegas acquires Royal Panda and has the financial clout backing it. do not be surprised to see more purchases of big name casino sites going forward into 2018.

To celebrate the start of the new Premier League 20/21 season, William Hill has introduced a new promotion for all you acca fans. And well,...