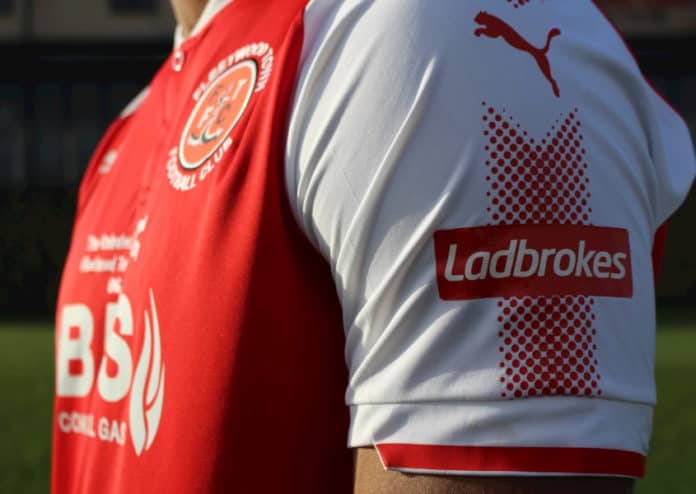 Ladbrokes and Coral owner GVC Holdings has taken an unusual step of urging all bookmakers to implement a total ban on advertising associated to gambling.

As well as a blanket ban on television advertising, the exclusion would also include any promotional banners during live matches and sponsorship deals.

Its been suggested that horse racing and greyhound racing would be excluded from such a ban.

The call from one of the biggest bookmakers in the UK extends the industry self imposed whistle-to-whistle ban on advertising before the watershed, which will begin in August for the start of the 2019/20 football season.

Following the announcement GVC’s chief executive Kenneth Alexander said he would do more to protect the vulnerable and will help tackle the issue of gambling related harm, he said;

“While the majority of our customers enjoy our products responsibly, it is time that the industry did more to protect its customers from potential harm – we at GVC are doing exactly that. I call on [the] industry to help us bring about an end to broadcast advertising which promotes sports betting in the UK no matter the time of day.”

“The industry should and can do more to protect the vulnerable, and today’s announcement demonstrates GVC Holdings commitment to deliver on that.”

GVC also lay out its own initiatives as part of their “Changing for the Bettor” campaign, which aims to promote safer gambling. This includes:

GamBan will be free to download and aimed at gamblers that are showing signs of addictive and problematic play.

The treatment trust will receive regular funding from GVC to treat and support problem gamblers. They aim to significantly increase the number of treatment centres in the UK.

Ban on shirt sponsorship and banners

This extends the whistle-to-whistle campaign by removing all shirt sponsorship and a complete ban on perimeter advertising banners around the pitch, so fans can enjoy sports events without any sports betting advertisements.

Finally GVC are committed to “doubling-down” on investment in research and treatment in 2019 which currently stands at 0.2% of total UK gambling revenue. They aim to reach 1% by 2022.

But some are questioning GVC’s motives for introducing a total advertising ban.

Some critics are suggesting that Ladbrokes and Coral‘s advertising footprint is just a tiny fraction compared to other leading bookmakers such as Betfair-Paddypower and Bet365.

Implementing an advertising and sponsorship ban would in effect level the playing field across the sports betting industry and could allow GVC to acquire new customers through aggressive promotions and competitive odds.

GVC Holdings and other bookmakers do not release information regarding total advertising costs for the year, so it’s difficult to confirm this.

But with brands such a Paddy Power and Bet365 dominating the English Premier League though sponsorship and advertising, it’s clear to see that both Ladbrokes and Coral would benefit from such a ban.

Ambitious targets or not enough?

GVC also have a goal of increasing their own investment in research (in particular behavioral analytics and intervention technology), education and treatment ten-fold by 2022.

It’s an ambitious statement of intent and the announcement this week may suggest that there are more punters out there that are affected by gambling than the figures suggest.

Removing gambling ads and sponsorship during matches has taken far too long for the Gambling Commission to introduce. But with tighter regulation and more fines being handed out, bookmakers are finally realising it’s ultimately their responsibility to ensure that vulnerable gamblers are not exploited.