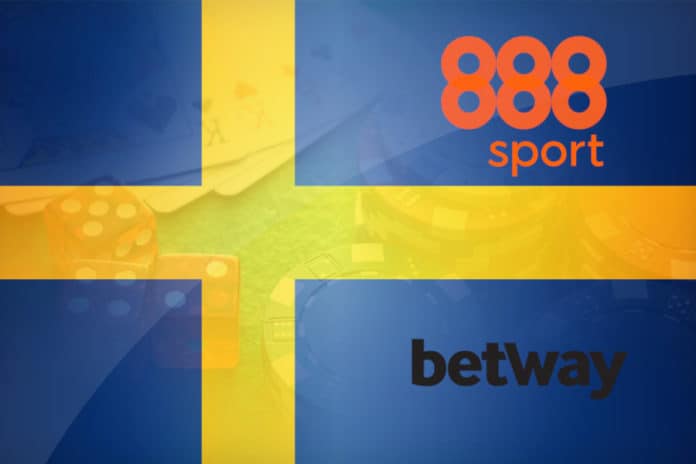 The Swedish Gambling Authority (SGA) has granted gambling licences to two of the UK largest online bookmakers Betfair and 888Sport.

The licence allows both bookmakers to offer online sportsbook, casino and poker offerings to Swedish players.

In a statement released to shareholders, 888 has been granted a five-year licence to operate under its Swedish URL.

Following the news 888 Holdings CEO Itai Frieberger discussed the significance of the Swedish market to the company, he said:

“Sweden is a significant online gaming market & we look forward to further developing our casino, poker and sportsbook offerings to Swedish customers”

“Continued expansion in regulated markets is key to 888’s growth strategy, we’re delighted to have been granted a licence in Sweden, ahead of the market’s regulation coming into force in Jan 2019.”

In contrast Betway secured a Swedish licence earlier in the month, with their CEO Richard Akitt equally excited of the new opportunities available to the Betway Group.

According to the SGA website Spelinspektionen, they have granted 21 licences so far, with over 90 applications pending, but bear in mind that this number could refer to different branding within the same company.

888Sport and Betway Sports licence approvals could not come at a better time, with Sweden’s new gambling regulations coming into effect on 1st January 2019.

The SGA has also given approval to online gambling operators Betfair, Bethard and Mr Green with licences earlier in December. A full list of approved gambling sites can be found on the SGA website.