BetOTG | Bet On The Go!
Home News Bet365 WILL Struggle in US Market Without a Partner 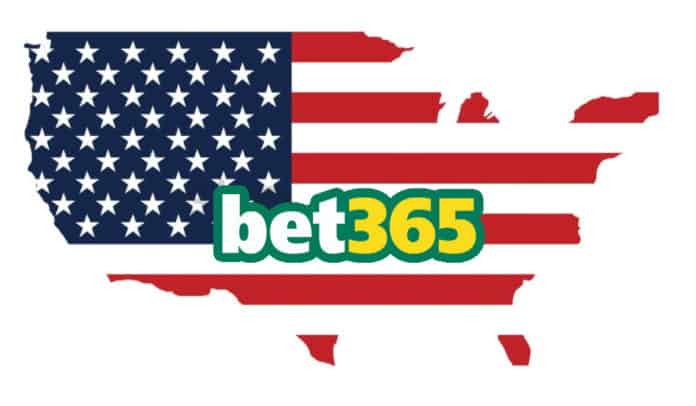 Bet365’s joint chief executive Denise Coates has been in the headlines this week following news that the gambling founder, joint CEO with John Coates, earned an astonishing £323m.

To put this into perspective that’s 60 times greater than the median pay of just under £5m for CEOs in the top 100 UK companies.

While there is no justification to reward yourself such a ludicrous salary, there’s no denying their accomplishments.

By 2023 the US gambling market could be worth a staggering $19b.

Coates has done a remarkable job over the past decade, building the Bet365 brand as the leading online sportsbook in the UK. All of this in one of the fastest and competitive industries to be in.

On average Bet365 has just over 15 million active users, in comparison Paddy Power gets just 6 million.

That’s how far Bet365 are ahead of their nearest rival.

Eye off the ball

But while business is booming in the UK for Bet365, it appears that the gambling giant may have taken their eye off the ball when it comes to business across the pond.

In May 2018 gambling groups overturned a federal ban in the supreme court, in effect allowing sports betting in the US, and states across the United States have been applying for gambling licences.

Since then sports betting brands have been eager to get a slice of American pie. Most notable was Flutter Entertainment who own Paddy Power and Betfair acquisition of fantasy sports book FanDuel for $465m last year.

Both FanDuel and privately owned DraftKings own over three-quarter of the US sports betting market, putting Flutter in a comfortable position.

And it looks like Flutter are about to score another slam-dunk when it acquires Stars Group in early 2020. Stars Group has also released a new sports betting platform FoxBet in partnership with Fox Sports.

It’s not just Flutter that are securing deals with dominant market players in the US.

Ladbrokes owner GVC Holdings has also joined forces with MGM Holdings and FoxBet, and together have launched a $200m venture with BetMGM earlier this month.

GVC Chief Executive, Adam Greenblatt has reinforced his companies investments are “for the long term.”

This leaves Bet365 without a dancing partner in what is possibly the most lucrative gambling market to open its doors in over a half a century.

The earnings potential in the US market could far exceed any other.

Some gambling insiders have estimated it could exceed $19b within three years. This is five times greater than the total revenue in the UK and with only two-thirds of US states legalising sports betting by this time.

Bet365 recently released its trial beta sportsbook to punters in New Jersey and Pennsylvania, but have already hit a hurdle when some players noticed that NFL games were categorised under “American Football” and not under “Football” which most punters would expect.

It’s subtle cultural differences such as this that makes me believe that Bet365 need a tie-in with a major US sport betting brand before it’s too late.

In my mind it would have made more sense for Coates to have paid a premium for a super brand such as DraftKing instead of giving half of her earnings to the taxman.

Whether the Bet365 board have already tried this or not, they have failed to find a suitable partner with a big enough presence to make a real impact here.

It’s quite likely Bet365 will struggle in a market where it is lesser known, and at a time where UK gambling authorities are considering restricting the amount punters can bet online, which will certainly impact on profits in 2020.