Great eras in boxing history have always had explosive rivalries and I believe we are just at the beginning of what could be a golden area in heavy-weight division.

Deontay Wilder had hoped his taunts and jeers would be enough to coax Anthony Joshua over the pond and into the ring for a unification fight every boxing fan wants.

That hasn’t happened and instead Wilder (with not may options on the table) has opted to fight the infamous Tyson Fury, who has pulled himself out of retirement and believes he still has what it takes to be a heavy-weight champ.

Fury’s ability to switch from orthodox to southpaw will be key to breaking-down the American.

Fury has had a difficult couple of years. From the euphoria of beating Vladimir Klitschko on points in Dusseldorf, to being stripped of his belts a year later and the IBA revoking his licence due to a failed drug test. 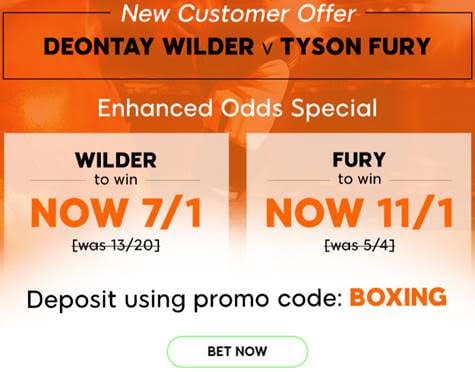 But Tyson Fury wants to put the ghosts of 2016 to bed and write a new chapter in his boxing career. The Mancunian has a new-found desire and ambition to dominate the sport and to settle a few scores.

Has Ring Rust set in?

The stage may be set for an explosive showdown come Sunday morning, but neither fighter has seen much “ring-time” in the last 18 months.

Tyson Fury’s comeback only began in January and has only fought two opponents – and mediocre ones at best.

In contrast Deontay Wilder has had just one fight this year against Luis Ortiz who put up very little resistance and ended in a knock-out in the tenth round.

So given that neither fighter has spent much time in the ring and faced poor opposition, it’ll be interesting to see either sides strategy going into the early stages.

Both fighters have an impeccable record in the ring with Fury winning 27 fights and 0 losses (19 were TKO). Wilder has an almost perfect scorecard with 40 wins and 0 losses to his name, with only one fight going to decision.

What do the Experts think?

Lennox Lewis believes that Tyson Fury can win this fight, provided he can go the full 12 rounds. But if the fight ends early on, Wilder will be the favourite.

Lewis said: “Deontay hasn’t been against a guy that can move as well as he [Fury] can. He can frustrate you, especially when you can’t hit him.”

I do believe Fury wants this more than Wilder. Fury his faced a lot of adversity to get to this stage and appears to have more conviction in winning the fight than Wilder in the press conferences leading up to this.

#morningmotivation from @Tyson_Fury the fella has come back from depression to fight for the world title this December ?? #mentalhealthawareness pic.twitter.com/O2PJRG7kZ1

Fury has lost a staggering 130lbs to make the weigh-in.

Fury has also been here before, as the underdog in a high pressure fight against Vladimir Klitschko and beat the champ on the home soil.

For such a heavy-weight fighter who has shed a lot of weight to get to this fight, Tyson Fury has the movement and agility to frustrate opponents, which is something Wilder hasn’t faced in previous bouts.

Tyson likes to maintain a gap which was executed perfectly against Klitschko and it’s likely he’ll take the same approach with Wilder who has similar physique to the German.

I see issues with Wilder’s stance which is too wide (see Ortiz fight) and will shorten his right punch, making it easy for Fury to lean out of.

This is a real test for Wilder and I think there’s a chance that Fury can cause an upset in the US as the American is vulnerable to a southpaw counter, which we know Fury can execute.

But realistically I think Wilder will fight cautiously and win on points, as there’s a potential pay-day awaiting (if he win) in 2019 to face Anthony Joshua.